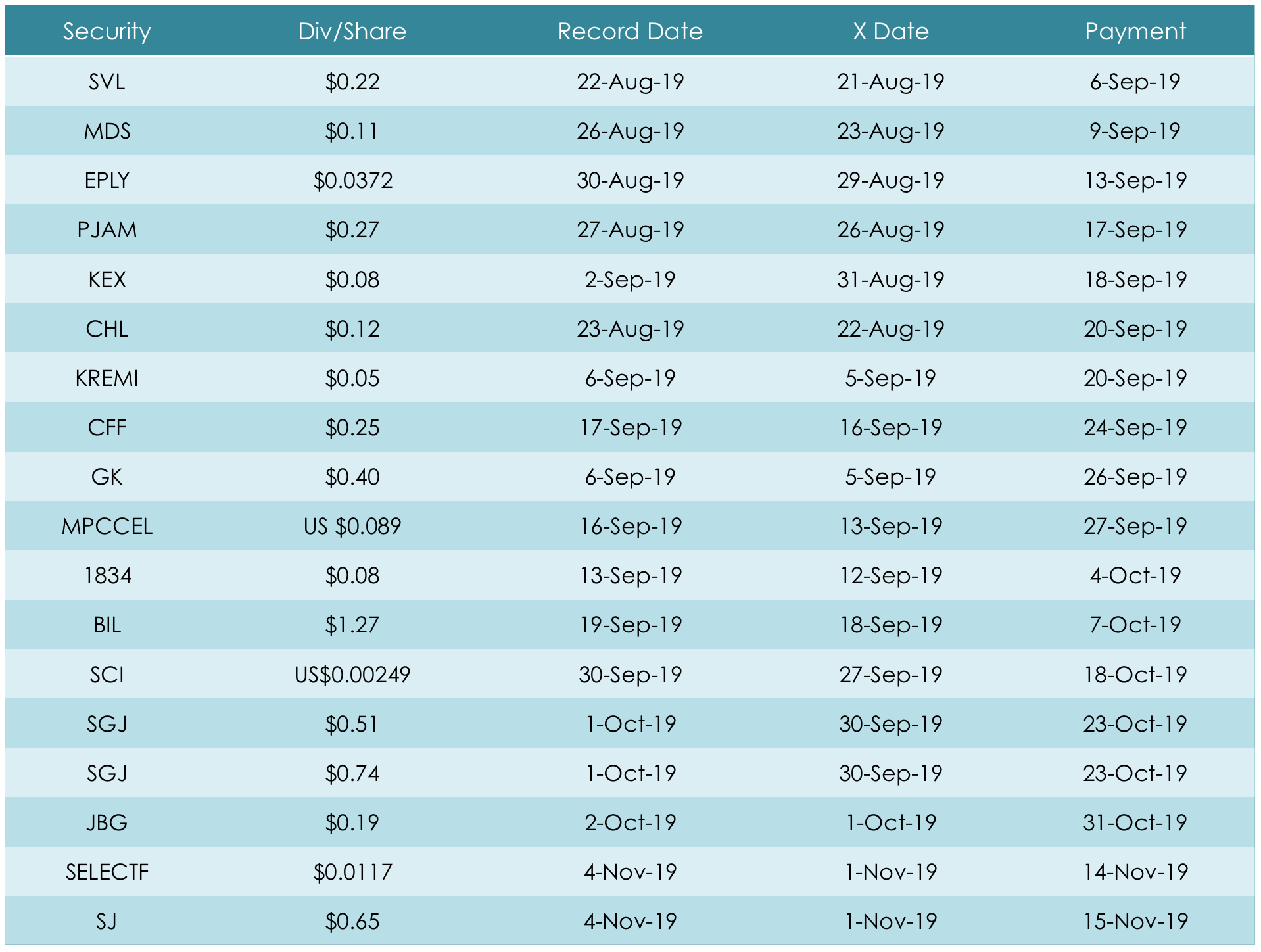 Important To Note: The International Monetary Fund (IMF) has stated that world growth would slow to 3% in 2019, down from its July forecast of 3.2%.

The Statistical Institute of Jamaica (STATIN) in its Labour Force Survey for July 2019 has reported a 7.8 per cent unemployment rate for the period, down by 0.6 percentage points…read more

Proven Investments Limited has made an exceptional gain in excess of US$20 million from the partial sale of its shares in microfinance company, Access Financial Services (AFS)…read more

JMMB Group Limited expects to net at least $10 billion from its additional share offer which opens next Tuesday, funds that will be used to back its acquisition of a stake in regional insurance company Sagicor Financial…read more

The foreign owners of Jamalco are activating a new holding company that could be used as a vehicle to list the alumina refinery on the Jamaica Stock Exchange, JSE…read more

As Facebook’s libra faces headwinds, China is racing to launch its own global cryptocurrency…read more